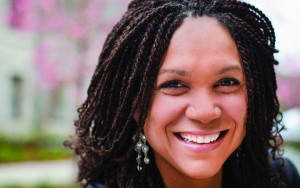 The organization is abandoning the diversity of its program hosts, who are a very talented group. At the same time, the are trying to “up” their “breaking news” profile by joining in to the horse race coverage of the presidential election, and focusing on Brian Williams. Why? Good question. I don’t have a clue. Does he feel self conscious about his damaged reputation? Is he required as the figurehead “mansplainer”?

My best guess is that they are after the revenue generated by thriving conservative TV operations. Perhaps their plan to extend “Morning Joe” will encourage the retired breakfast set to tune in.

But there are two desperately sad observations I would offer. Melissa Harris-Perry does some of the best discussion next to Amy Goodman at Democracy Now. She is a public intellectual, which is so rare these days (peace to Umberto Eco). She always covered things other (white, mainstream, legacy) news operations did not. And even when the territory overlapped, is was presented from points of view that were broadly representative and often unheard (and speaking of OU Unheard, here is a bit about OU Unheard on MHP). 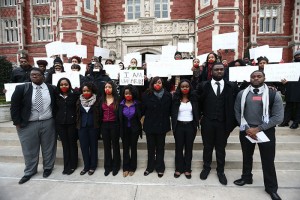 As she mentions in her staff email,

“After four years of building an audience, developing a brand, and developing trust with our viewers, we were effectively and utterly silenced. Now, MSNBC would like me to appear for four inconsequential hours to read news that they deem relevant without returning to our team any of the editorial control and authority that makes MHP Show distinctive. The purpose of this decision seems to be to provide cover for MSNBC, not to provide voice for MHP Show. I will not be used as a tool for their purposes. I am not a token, mammy, or little brown bobble head. I am not owned by Lack, Griffin, or MSNBC.”

So now here is the lineup in the “news channel” block on the AT&T U-Verse for my information purposes:

My hope is that Al Jazeera English will return, since, as Jarvis pointed out about al Jazeera America:

Someone (CNN) ought to consider (CNN) making MHP (CNN) an offer (CNN) since quality content would be a good move. CNN. CNN?