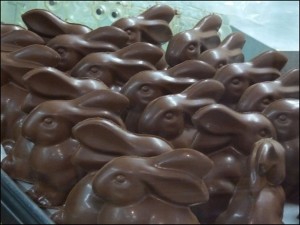 In his piece on Scientific and Religious Literacies, Mike Sandler raises an important perspective that might address the question of polarization, but only if we can recognize the mutual coexistence of different literacies…and by extension, the way we both are and are not like other people in how our literacies are organized.

The key…with apologies to the more rigid…is empathy, the “I and Thou” of moving through the world. Consider it this way: I admit that I am a bit of a critical/rhetorical media literacy absolutist. But only a bit. If I take it too far, I lose the ability to see that:

One of the fundamental steps in adopting a critical literacy perspective is an analysis of the terms of power in any media moment. The harder part is not seeing power from that critical perspective, but seeing it from the perspective of the empowered. That is , seeing the genre, for lack of a more precise term, in which a thought or a position is held. A religious (i.e., faith-based) position and a scientific position are different genres. In terms of the use if communication/language, they are incommensurable (see Thomas Kuhn or Paul Feyerabend).

I hope that recognizing that difference can prevent stalemated coexistence. And then we can talk about flying spaghetti monsters and rabbit eating habits (the glory of cecotropes!).

Here is how anthropologist Elizabeth Provinelli expresses a similar notion:

“If we take liberal theorists of liberal worlds seriously, the anthropological study of radical emergences and incommensurate social imaginaries is faced with a numbing recognition. If the message addressing the liberal public might be “begin with the doable,” the message addressing radical worlds is “be other so that we will not ossify, but be in such a way that we are not undone, that is make yourself doable for us.” And the message conveys the stakes of refusing to be doable, and, thereby, the stakes of forcing liberal subjects to experience the intractable impasse of reason as the borders of the repugnant— actual legal, economic, and social repression.”