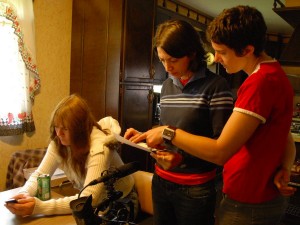 Recently found my way through Limetown and Making a Murderer. Season 2 of Serial is next. But the challenge is managing the time, to find the time to explore the new media experiments going on. What is impressive is how much work is being done “on spec.”

Engaging with the literacy of all of these forms requires paying attention to the motivations, just as much as media literacy advocates think that knowing the motivations of, say, the Chicago Tribune or The 700 Club is key to making sense of their messages.

In the guardian, filmmaker Laura Riccardi said “We’re not prosecutors, we’re not defense attorneys, we do not set out to convict or exonerate anyone,” she continued. “We set out to examine the criminal justice system and how it’s functioning today. It would have been impossible for us to include every piece of evidence submitted to the court. So we took our cues from the prosecution, what they thought was the most compelling evidence. That’s what we included.”

The difference in a “serial” world is that the story can go on. It’s somewhat automatically reflexive, aware of its own past, and responsible to it in the best possible circumstances. And if not, some creative soul, acting out of interest, will add to the world of the story in a different forum.